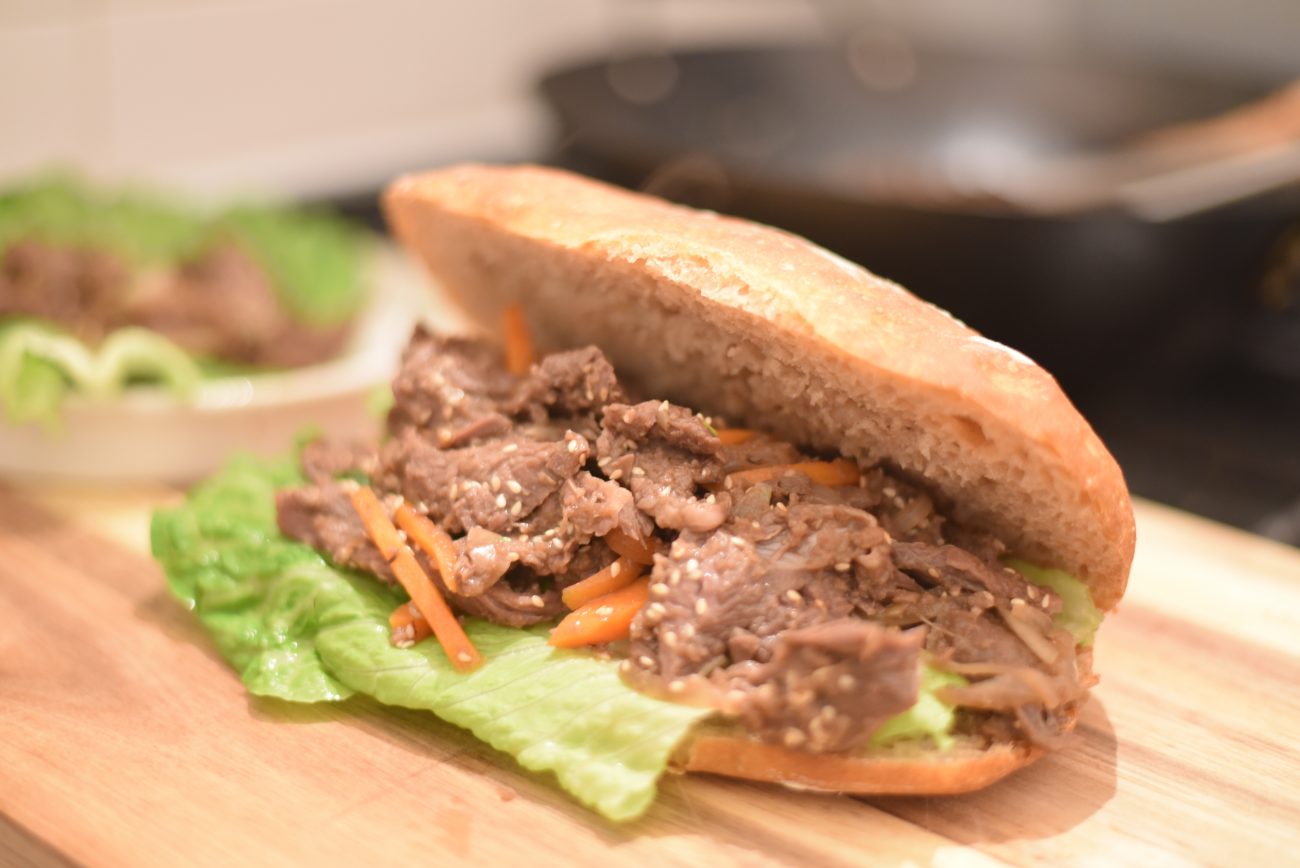 If you haven’t heard of Bulgogi before, it’s OK, it just means you are not Korean. I was introduced to this amazing dish a few months ago, I can’t stop making it since.

Bulgogi is basically shredded or thin sliced Korean BBQ beef, traditionally made on a char-grill however the stir fry home addition is popular as well.

Marinating the beef for a few hours (preferably overnight) gives the meat its distinct Korean flavor as well as makes it tender.

I noticed in Korean recipes different variations (although the pears are the traditional marinade ingredient) there are also grated carrots or grated apples to substitute the pears in the marinade.

In some recipes, in order to make the beef even more tender we are adding some grated kiwi or papaya, it’s not in the traditional recipes and only acts as a softener. 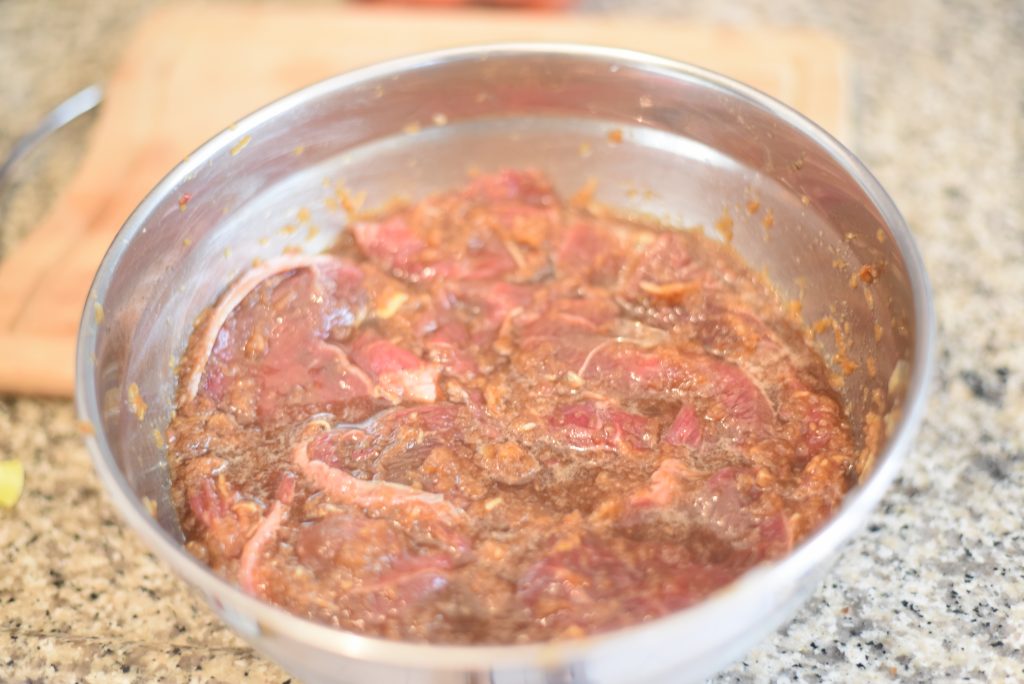 You can use any kind of meat you have on mind as long as its a tender cut, we don’t want a chewy beef on our hands since the cooking time is minimal on the wok.

My favorite is beef tenderloin, rump or rib-eye, any of those sitting in a marinade for a few hours will produce a buttery tender bite.

At this point I take a different turn from the original Korean recipe and cook the meat Sous-vide style with the marinade fluids in order to make it as tender as butter. I cook the meat sous-vide in 130°F/65°c for 7 hours, you can be sure that when it comes out you can eat it with a spoon.

Afterwards all that’s needed it 2-3 minutes on the wok to sear the meat into perfection. 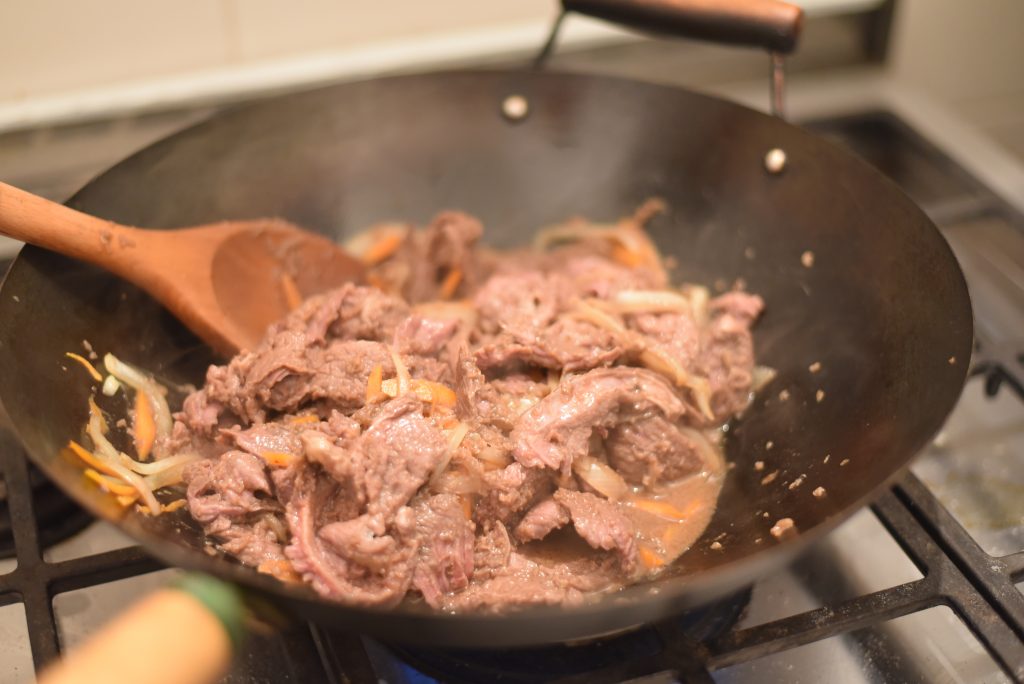 traditionally the Koreans don’t play to many games with this dish and eat the meat as it, with a bowl of rice by its side or with lettuce. we use the lettuce as our spoon grab a bit of the bulgogi and eat with the lettuce, the crunchiness of the lettuce versus the buttery meat is delicious. 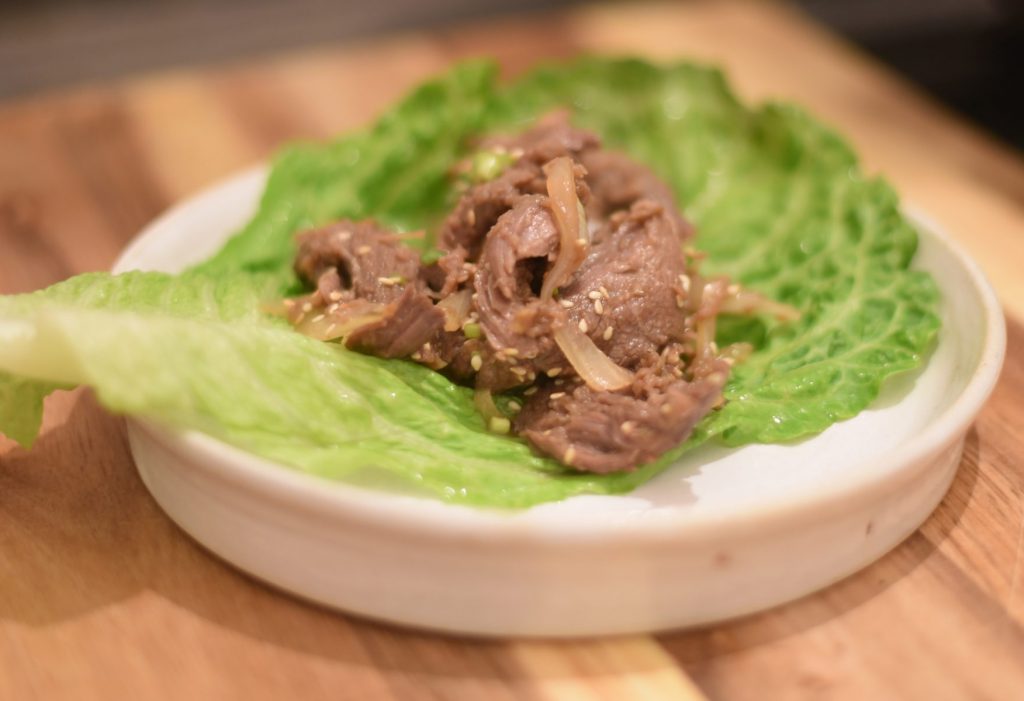 For those of us that wants a real cool comforting meal to grab, I recommend a bulgogi sandwich, I just recently made some ciabattas and they were calling for a cool meat filling and the result was amazing, go for it because getting meat inside a crunchy bread is always a good idea. 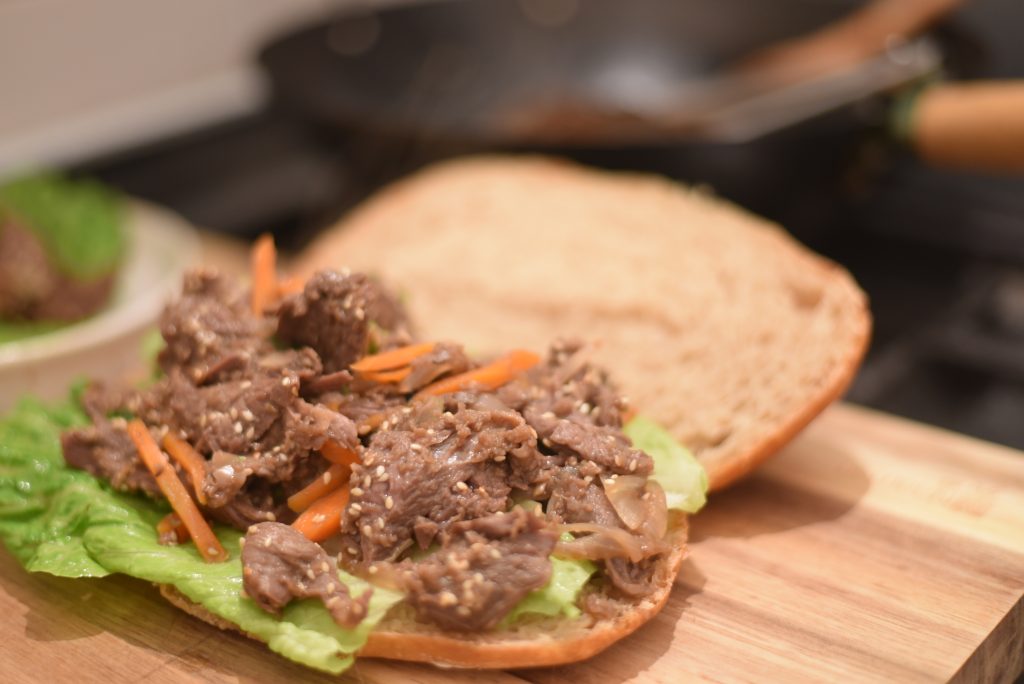