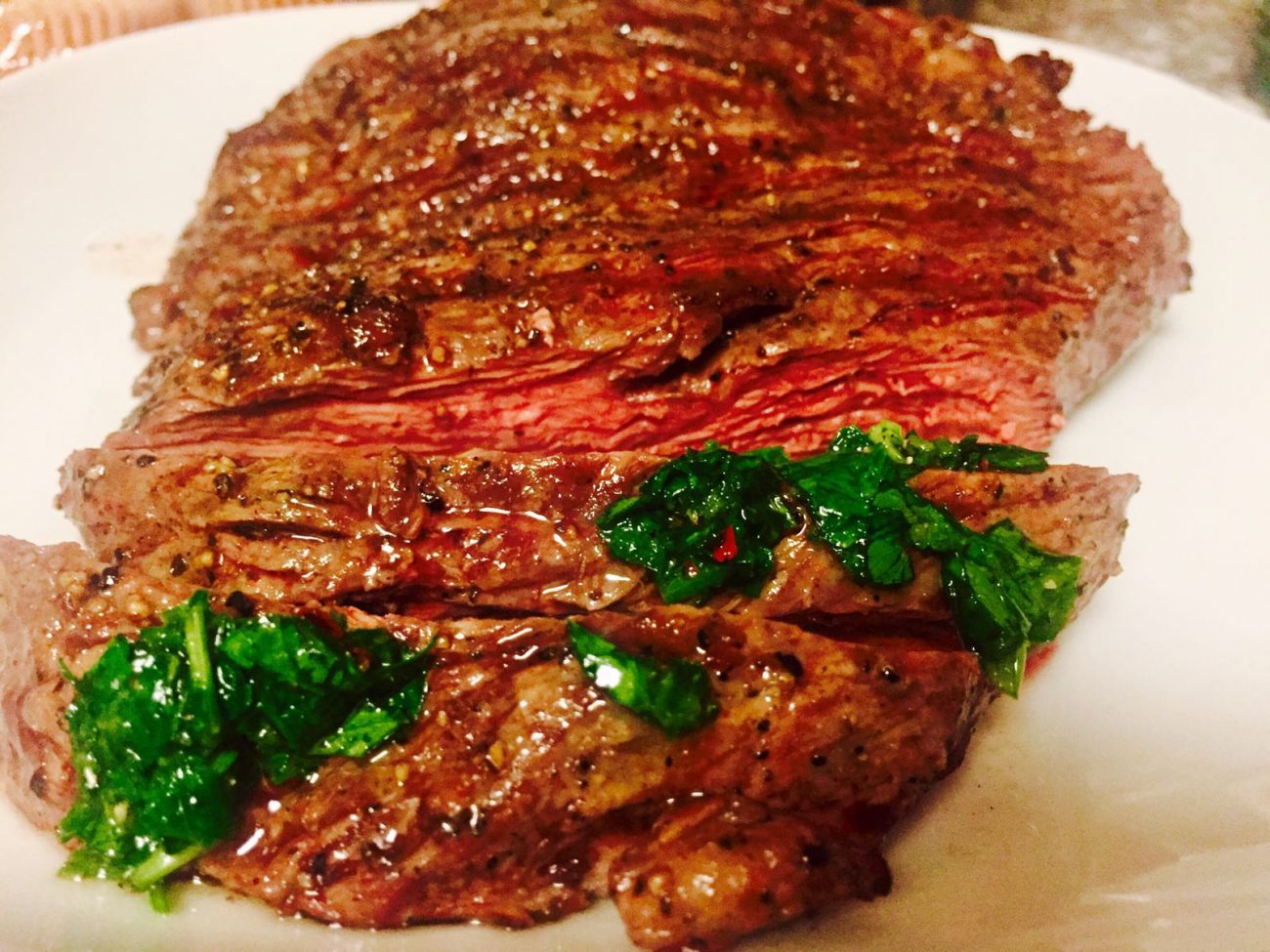 The Easiest Piece Of Steak Out There

I thought a lot whether I should upload this recipe or not. Because let’s face it, Skirt Steak and how to make it is not really a recipe. Ingredients wise there are only four: the steak, salt, pepper and some olive oil or butter.

However, This is really my favorite steak! especially from time-to-value perspective. It is a relatively cheap cut, it cooks fast and it tastes amazing. Personally I rather much eat a skirt steak than a fillet. It has much more flavor!

I’m usually making some sort of Chimichuri sauce to go with it. The word itself is more complicated than the sauce, seriously. You just chop lots of parsley, cilantro and drown them in olive oil. you season it with salt, pepper and some red chilli flakes and there you go. the best steak dip ever!

Did you ever think trying to make a skirt steak in a sous-vide? if yes, just click here!

Good post. I learn something new and challenging on blogs I stumbleupon everyday.
It will always be useful to read articles from other authors and practice
something from their sites.

I’m not sure where you are getting your info, but great topic.
I needs to spend a while learning more or figuring out more.
Thanks for magnificent information I used to be on the
lookout for this info for my mission.