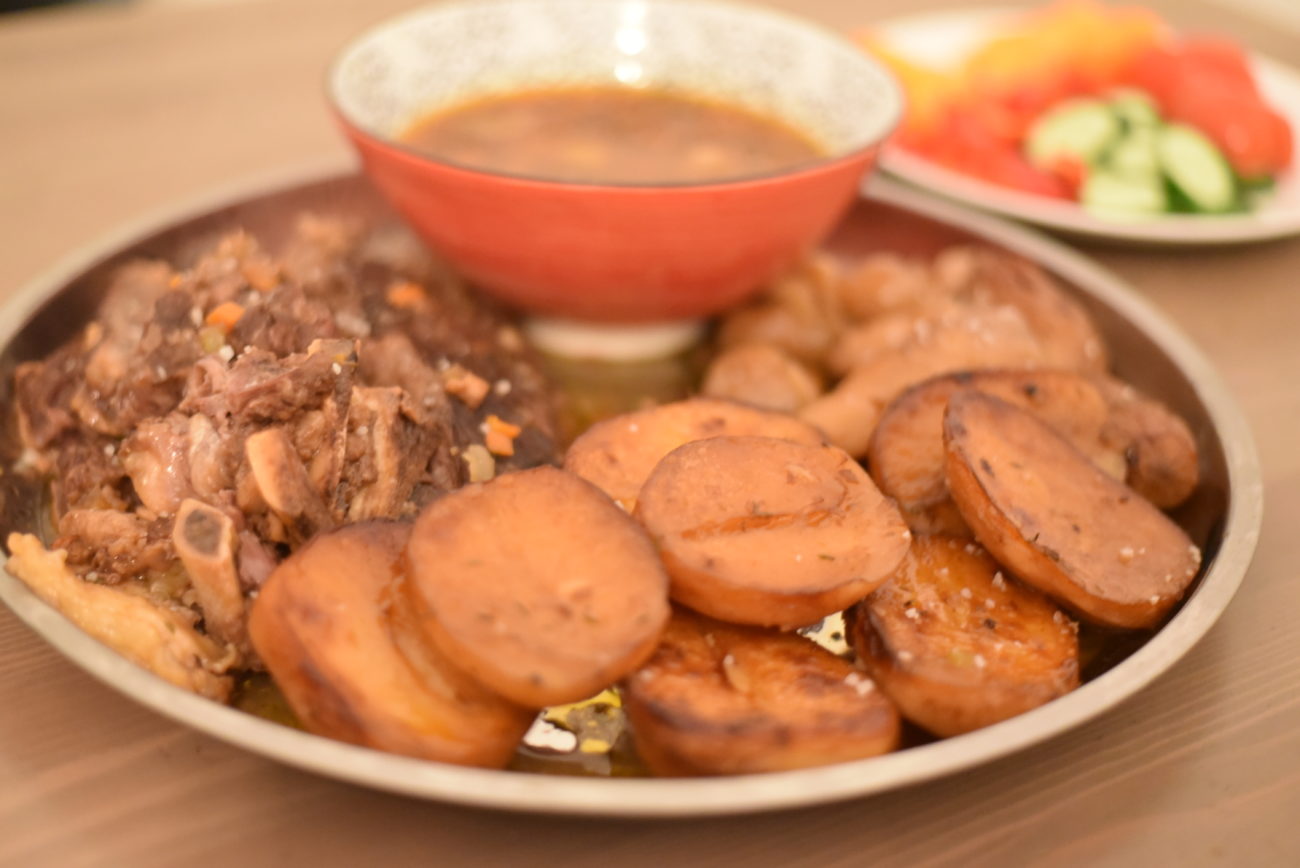 Prime rib is one of my favorite cuts ever, I have to admit I usually grill it, I get the best results from the good old charcoal barbeque grill, but the oven roasted version is just as good although very different in texture.
Getting a prime rib into a long-cooked stew always sounded to me like a waste of good meat, until… I finally tried it. The meat was so tender falling of the bone full of flavor with a super soft texture, you could actually eat it with a spoon, how did this happen? 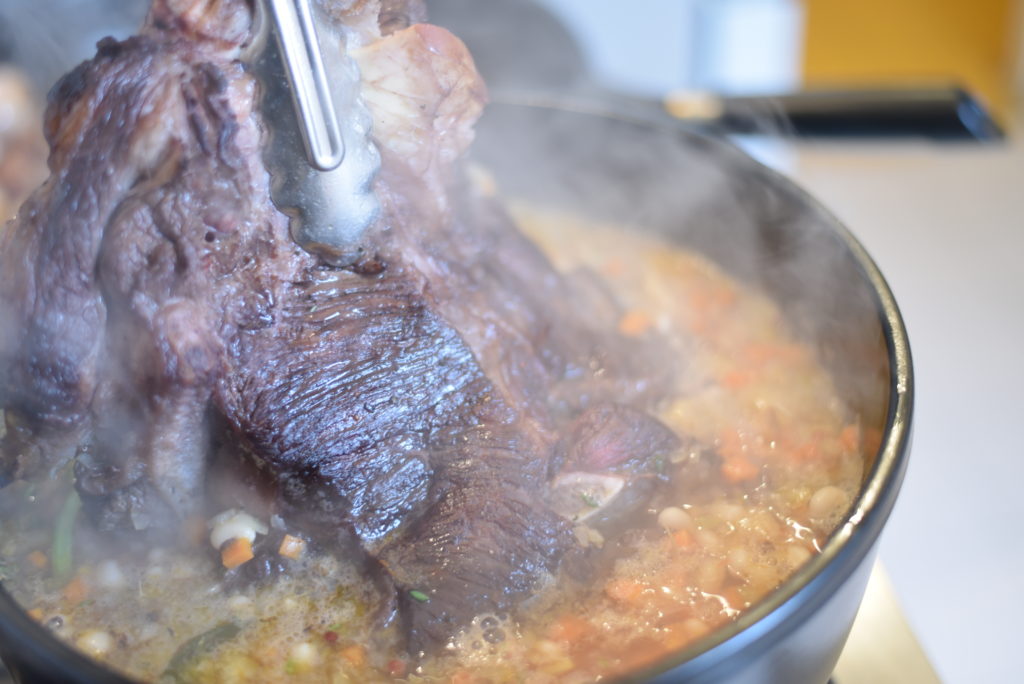 Well, the stages of making a good prime rib are always the same, whether it’s a direct grilling or long cooked, it needs a strong direct heat, in this case, on a cast iron skillet. To the skillet, I add to shallots as well, giving the meat extra flavor and because the shallots also loves direct heat, they tend to caramelize, extracting all their sugars out…we help them to do just that with a small addition of sugar and butter which actually creates a sweet sugar emulsion that also coat the prime rib. 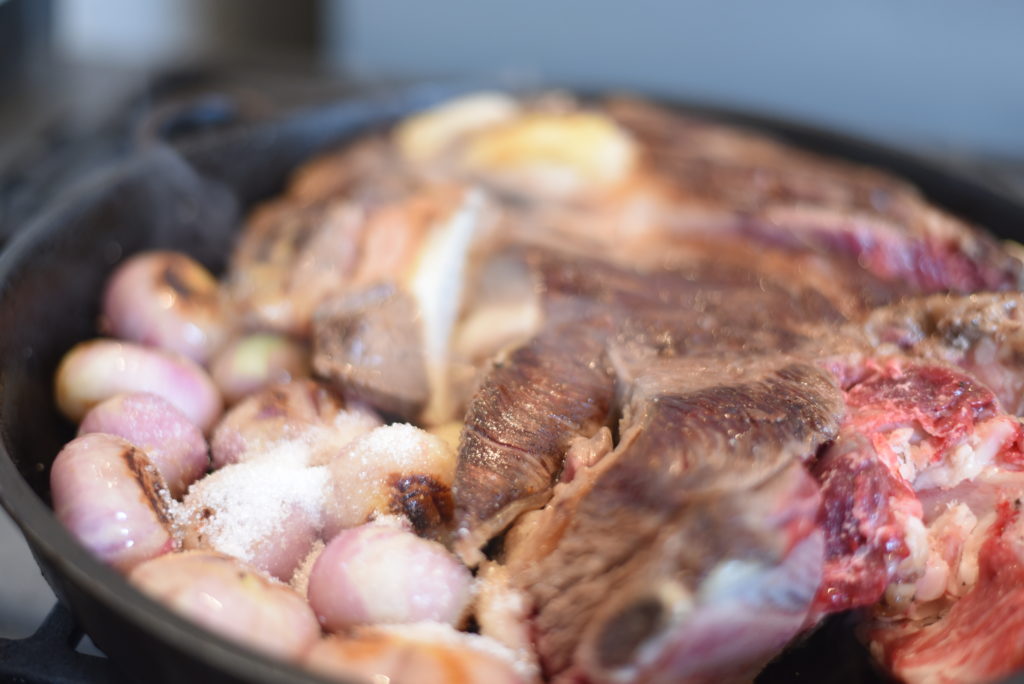 For this stew I used two kinds of peas, chickpeas and black-eyed peas, each with its own texture gave the stew very strong earthy flavors.

The stew needs a slow cooking in a Dutch oven on low temperature, the idea is to get all the flavors combined together and for the outer layer to be crunchy. I halved potatoes and placed them on top of the Dutch oven, this affected the stew in so many ways, first it kept the meat out from getting into direct contact with the Dutch oven heat and second it, created a crispy potatoes layer, which I promise you… everybody will fight for. 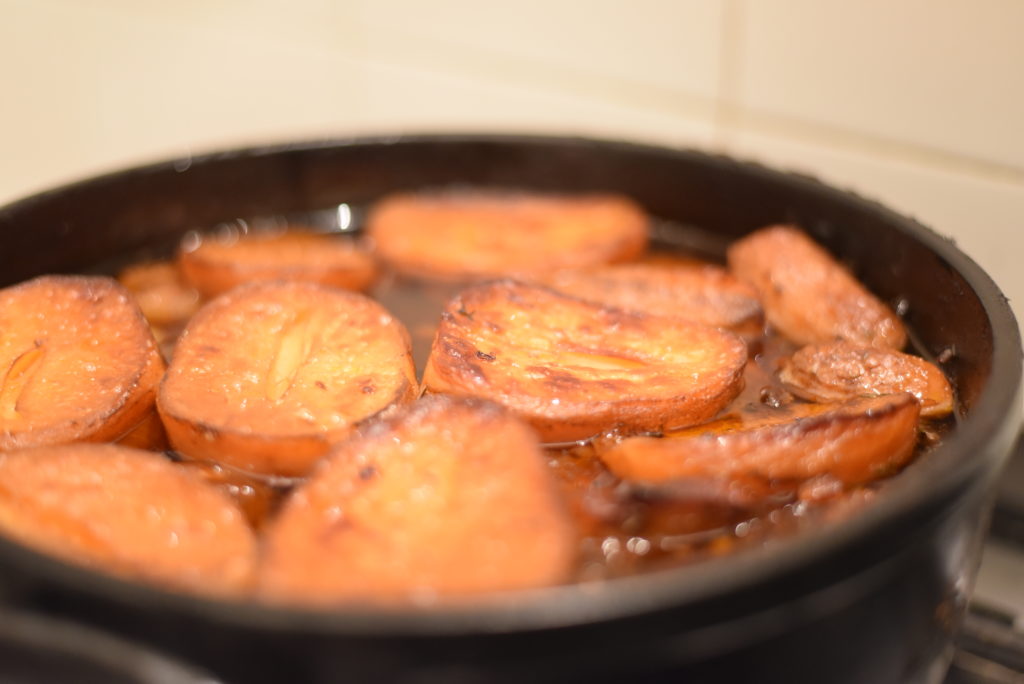 For extra crispy potatoes open the Dutch oven’s lid for the last hour of cooking, it will create a nice caramelization around the potatoes and make them irresistible.