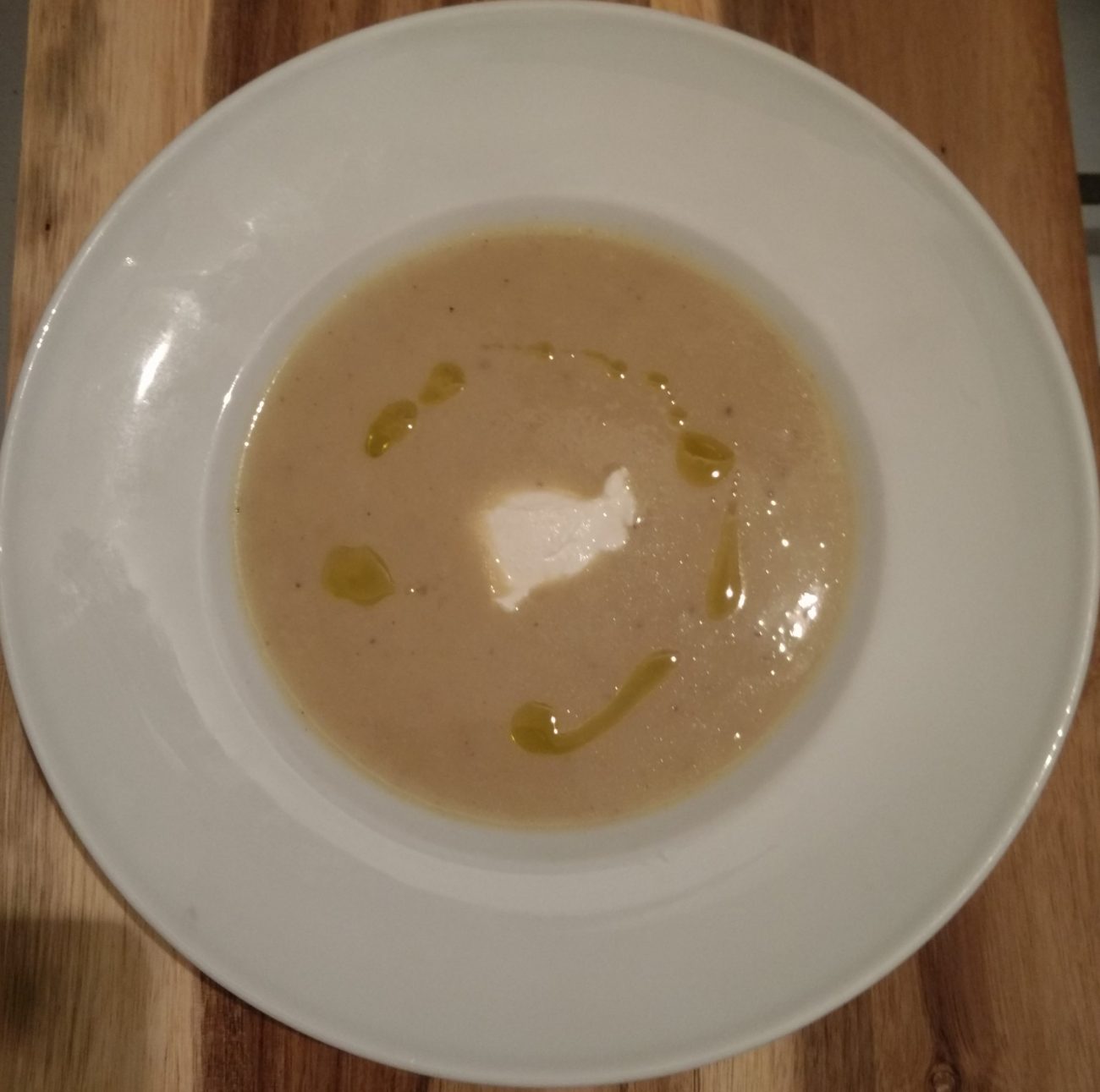 Whenever I’m looking for a fool meal in a soup I come back to the Jerusalem artichoke soup, it’s a satisfying comforting dish which I can never get enough of.

The season of the Jerusalem artichoke is not long, it’s usually from October to April. In fall-winter time, the taste and size of the artichoke are at its peak.

the name, “Jerusalem artichoke” is deceiving since this root does not come from Jerusalem (or related artichokes…) at all.

As far as we know, it was first cultivated in north America by native Americans. Later on around the 1600’s, Italian settlers used the name of girasole for this root and brought it to Italy. The name girasole corresponds to “turning toward the sun” and we believe the name Jerusalem evolved from girasole. “Artichoke” came later on because of its texture and taste that resembled artichoke (I don’t share that opinion but how can you argue with history).

This soup is creamy and thick however we don’t want it to be porridge like texture. We want it to be have a rich runny texture with a solid body, after all it is a soup.

When I make the Jerusalem artichoke soup I add about 2 small potatoes. The reason is that I want the potatoes starch and rich texture, it’s not a must but highly recommended

I also use leeks instead of onions, I find the leeks much more delicate and suitable for this kind of soup, we want to preserve the earthy flavor of the Jerusalem artichoke and not overpower it with onions. 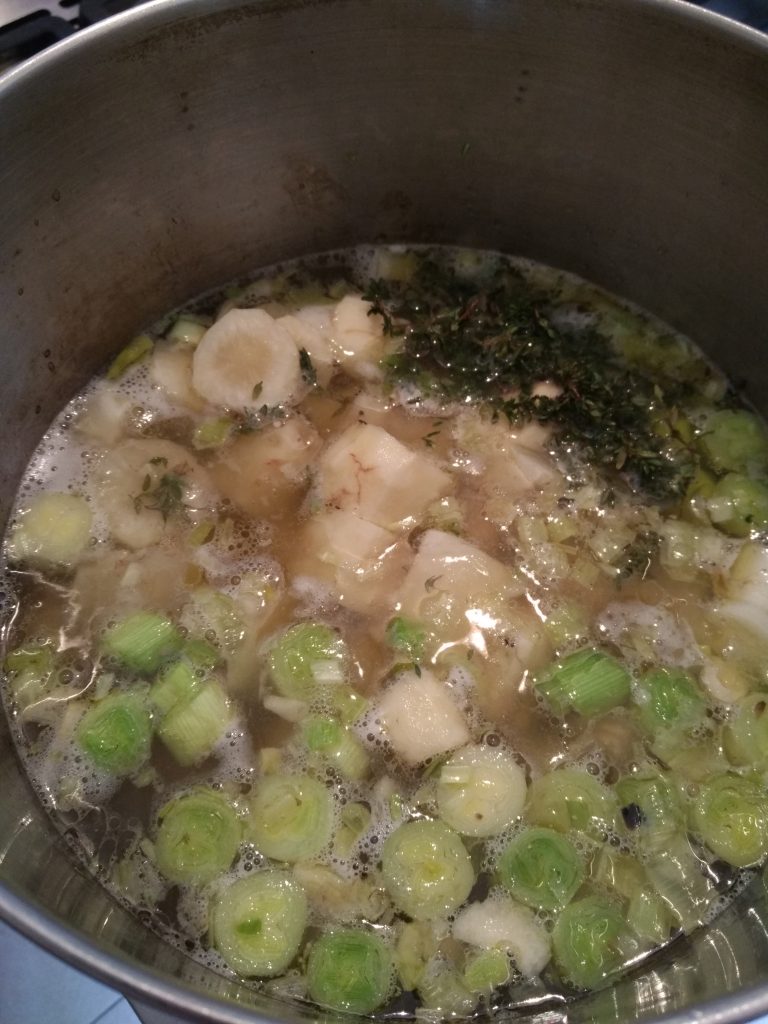 The flavor enhancers I use are chicken stock and nutmeg. Both are strong taste boosters and in a soup that has a very mild taste its necessary to bring it to the next level.

You can use water instead of the chicken stock to give the soup a more neutral flavor or vegetable stock if you want to keep the soup vegetarian.

Cream is added only in a small proportion. It gives the soup the final creamy touch that it needs and surprising as it sounds also make the soup lighter.

This soup is a full meal, perfect for the cold winter nights. It’s a great meal that will leave you satisfied but will not make you heavy.