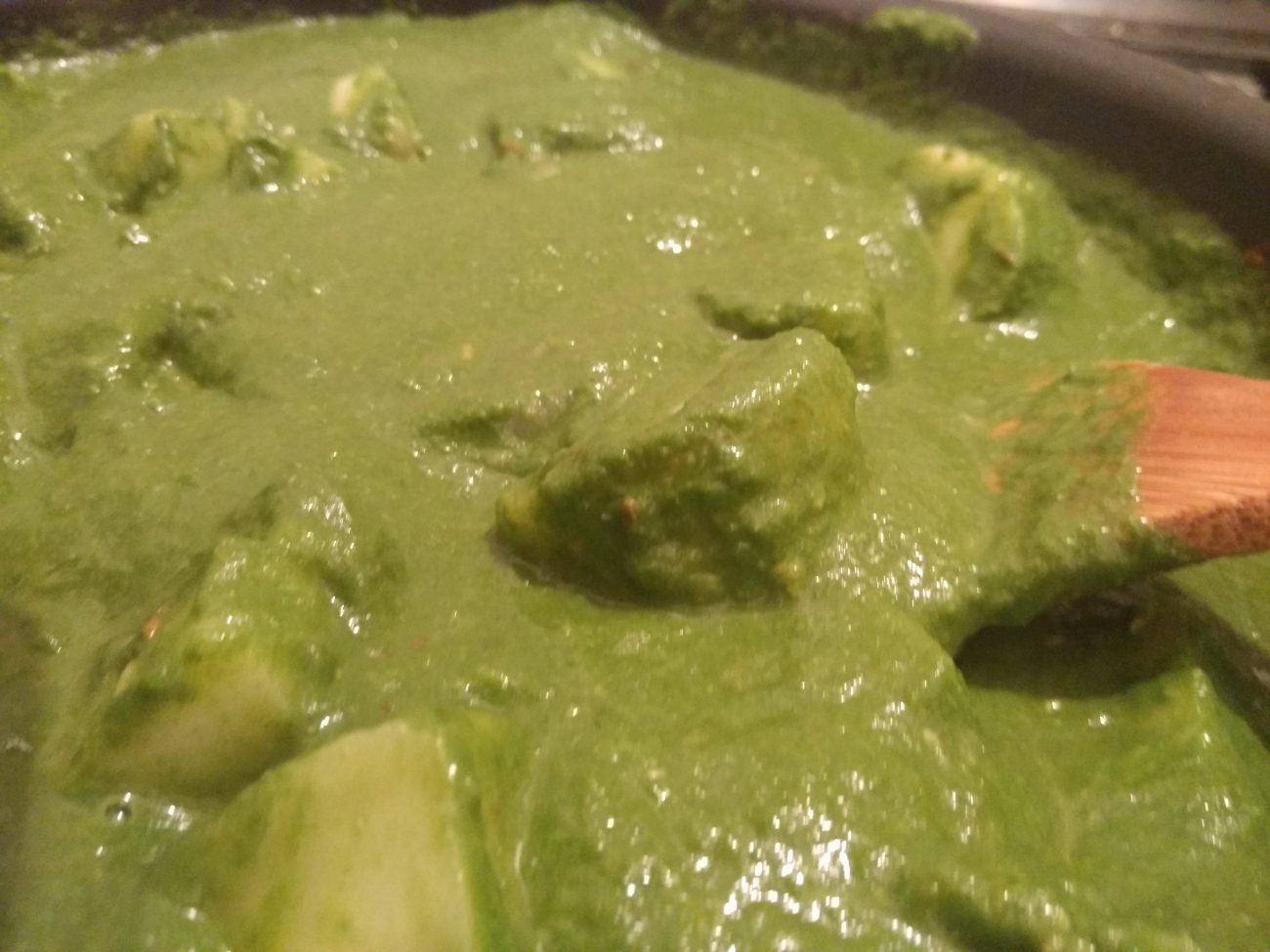 What is it about Spinach and Potatoes that pair so good? its a great match in every cuisine but the Indian versions take this combination to the highest peaks. Aloo Palak is one of those dishes that you can easily make as a side dish in an Indian dinner or as a main dish.

Aloo (potato) Palak (spinach) is a signature Indian dish, originally from the states of Punjab, haryana and Uttar Pradesh, it is also popular in Pakistan. The most known version of this Genre is the Palak Paneer which is the spinach gravy with the paneer cheese instead of the potatoes in this recipe.

This classic dish can be created as a wet spinach gravy with potatoes swimming in it or as a curry of potatoes and spinach with little or no gravy.

In this recipe I will go for the Gravy version which is in my opinion a better dish, certainly if you add a side dish of rice or chapati, making this amazing gravy absorb in the rice and I usually wipe the bowl with a chapai until finished. 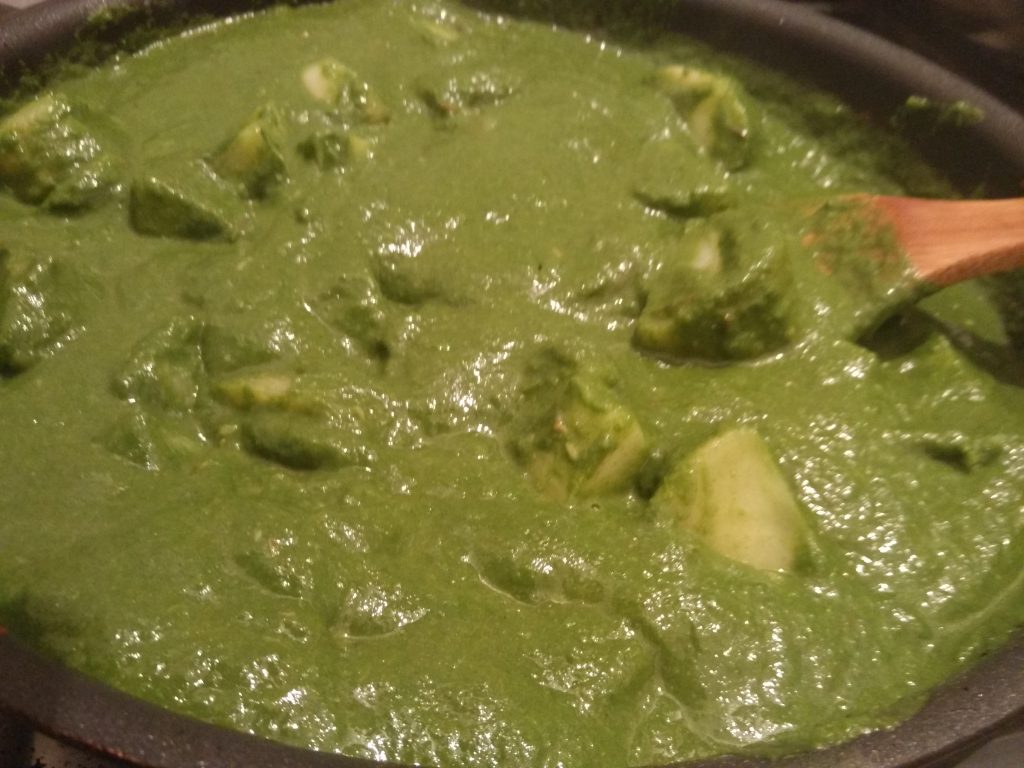 When making the spinach sauce we need to keep in mind that the heart of the dish which will determine the flavor is the spice mixture added prior to the spinach. Only after the spices had exhaled and sweated out all the flavors and aromas we can move to the next stage and ultimately grind this sauce into a smooth paste. 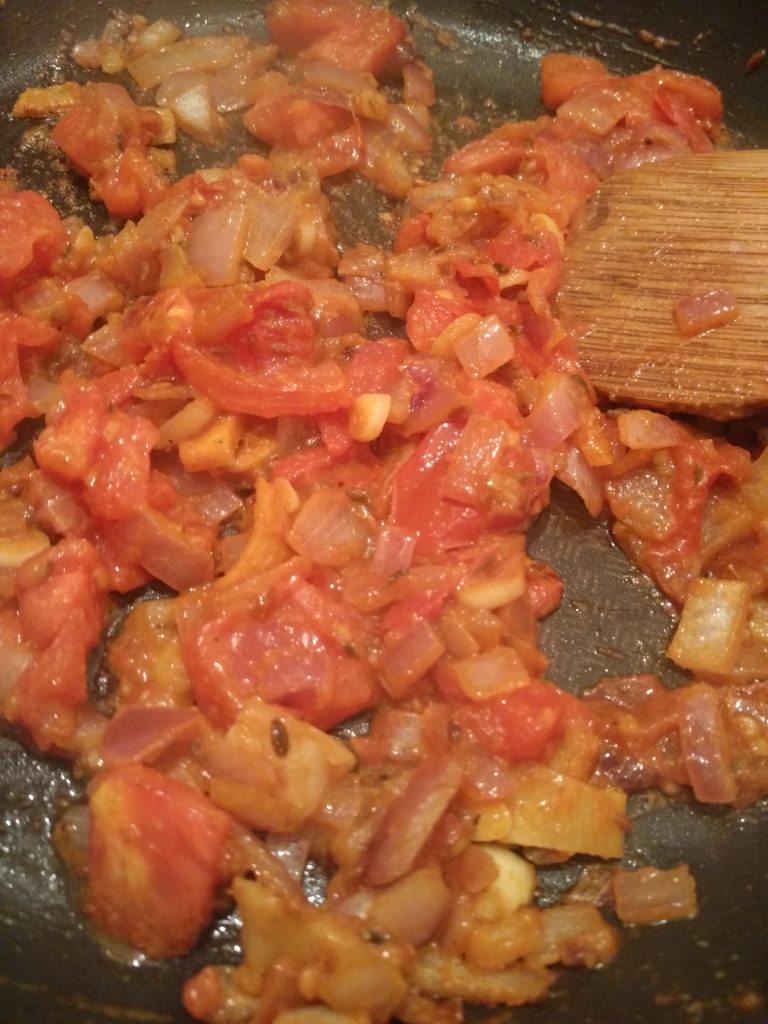 There are various ways in making this dish, if you want to take it to a more smooth like paste add some cream to the sauce.

in my opinion it is not needed instead I use butter or Ghee (purified butter) and cashew paste to smooth out the sauce and thicken it.

The potatoes are precooked in hot water and added to the sauce only on the final stage, we don’t want them to fall apart in the dish, we want them to be firm.

Try making this dish in your own variation, it is a colorful and and fun for any occasion.